Saging your Home Before Moving in

Clearing energy from a space is called smudging or saging. Smudging is done by burning dried herbs inside the dwelling.  While burning the herbs, the smoke should be wafted throughout all areas. In addition, you may want to say a prayer or speak positive thoughts during the smudging. Doing this before you move in has many benefits. Here are a few of the benefits. 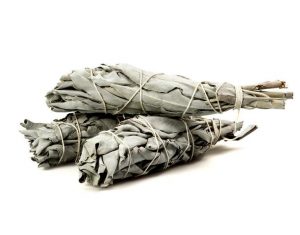 The number one benefit of saging your home before moving in is to remove unwanted negative or difficult energy from the space. Those that have lived in the dwelling previously have most likely left their energy behind. Some of it will be positive, some will be negative, and the rest of that energy will be somewhere in between.  Saging will allow you to remove any energy that doesn’t mesh with your own. It is a way to refresh your space so that you can move in with a clean energy pallet. Once you have completed the smudging, you are ready to move in your own furnishings and your own energy!

Connecting with Your New Space on a Higher Level

The act of burning sage and speaking positive prayers or thoughts throughout the home will allow you to connect to it deeply. This is your space now. This is just another aspect of it that you are taking ownership of. You will feel like you have put your personality into the home in every way possible.

Sure, not everyone will love the smell of burning sage, although it is likely that most will. Don’t worry, the home won’t smell like sage forever, but whatever it smelled like before will be neutralized. Think of smudging your home as cleaning the air.

You will be Calmed

Sage is known in parts of the world to be a traditional remedy for treating things like anxiety, depression, and mood disorders. Breathing the fumes of the burning sage can literally improve your mood and lower some of the stress that the moving process has presented you with. 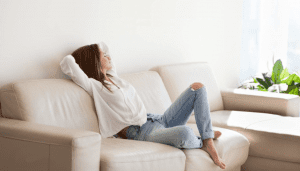 Conclusion about Saging your Home before Moving in

Performing a smudging of your new home before moving in is just one more way to take ownership of your space. It is a way to say put even more of yourself into. This will give you a sense of pride and a fresh canvas to create many years of memories.

Homeowner Shirts that You Actually Want to Wear.
Tips for Getting Approved to Lease a Home with No Credit
Anniversary Gifts by Year