posted by: Merit in Entertainment

When selecting anniversary presents, how do you decide which tangible item is most fitting for these milestone celebrations? This job just became less agonizing while still maintaining that special attention that anniversaries deserve. In the same manner that each month of the year is characterized by a zodiac sign, each year a marriage realizes corresponds to a very specific item traditionally gifted during this time.

You may be familiar with the silver and the golden anniversaries which correspond to the 25th and 50th year of marriage, respectively, where the celebrated traditionally receive a gift of these metals. What you may not be as aware of are the anniversaries in between, such as the bronze (8th) or the silk (12th), which are often overlooked, but just as significant! Some say this tradition dates back to medieval times where a husband would gift his wife a silver garland upon reaching 25 years of marriage (Hallmark.com). There’s speculation as to when and how this tradition really began, but today, this list is still used by many as a gift giving guide.

We dug up the widely accepted list of anniversaries with their corresponding gifts. Whether you choose to use this as a gift guide yourself, always remember that it is the thought you put into your gift that counts! 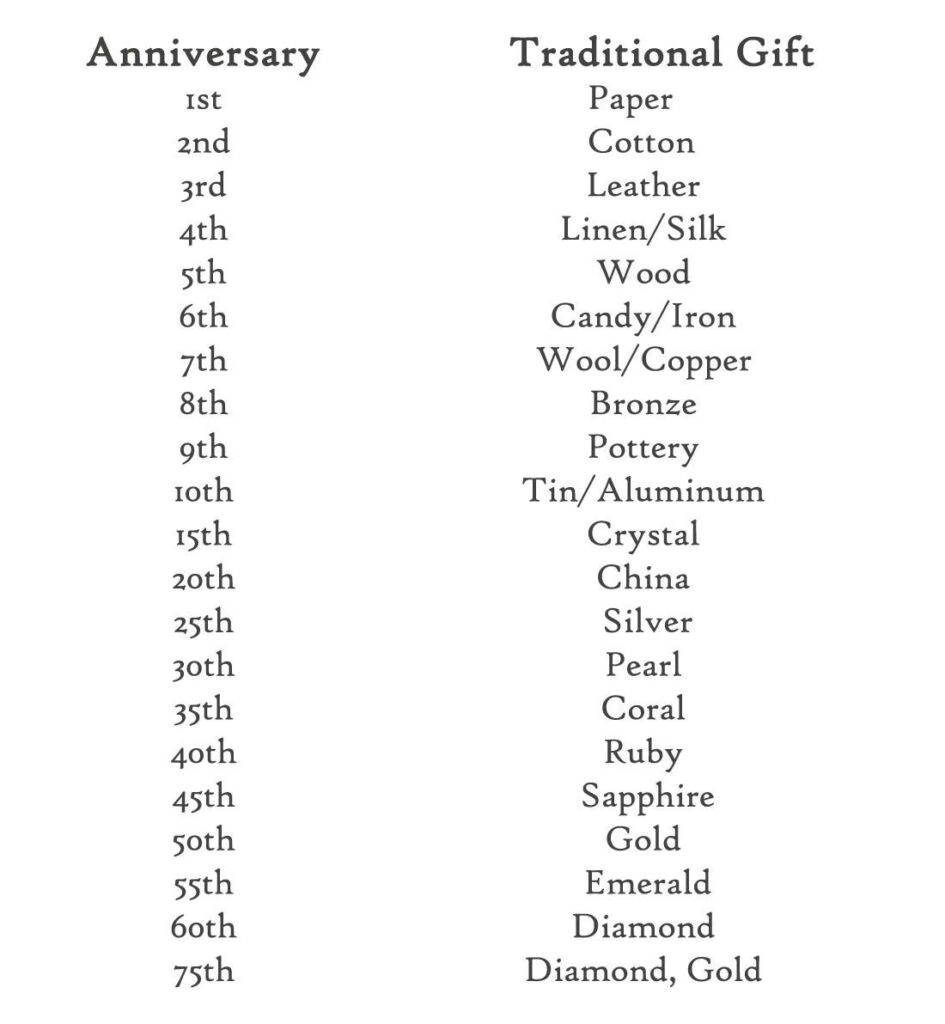 As Seen In Southbay Magazine: Amir Amiri & Rodman Amiri
10 Productive Things to do During Covid-19 Quarantine
5 Handy iPhone and iPad Apps for Home Sellers and Buyers