Death on a Property

California law dictates that a seller must disclose a death on a property within 3 years of the sale. Some may think “Why?” and other may think “Why only 3 years?” Both of these are valid questions, so I wanted to shed some light on the topic, from my perspective. And I understand that everyone has their own beliefs and values, and is entitled to them, so I don’t expect everyone to agree with me here, but I just wanted to share what was on my mind. 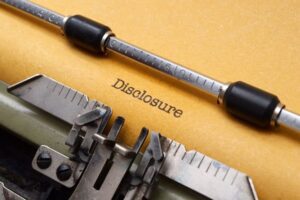 Death on a property is a touchy subject. It can kill a deal, no pun intended. Whenever I see this disclosure in the agent notes, I make sure to tell my client right away, because it may be a waste of our time to even go view it, if it is something that they have strong feelings about. Others seem not to care at all. People die, it happens. At least they died in the peace of their own home rather than somewhere else. Others may think there is a negative energy about living in a home with a recent death.

But here’s the thing: In the South Bay, most houses you see are built between the 50’s and 70’s. So it’s safe to assume that in a home’s 50-70 years of existence, there’s a good chance there’s been a death there, maybe even two. People grow old and die, unfortunately. And most of the homes in Los Angeles are old as well, but homes don’t die like humans do. Of course they may be bulldozed and given a fresh start, but for the most part, houses around here are old. And have probably seen a few generations of people come through.

So my feeling is that death is a natural part of life, and everyone needs a home, and eventually everyone dies. I hope that doesn’t sound insensitive. So whether it was 3 years ago, or 30 years ago, death is natural, and has probably happened in the house you’re living in now. There’s some food for thought.